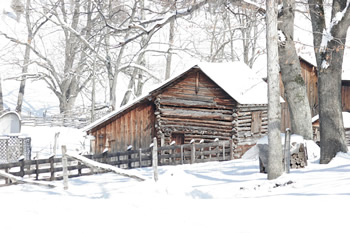 With nearly 12,000 residents, Grant County, West Virginia may not rank up there at the top of the Mountain State counties in population, but when it comes to parks, it is right up there with the best of them. In fact, based on its population, Grant County has the state’s largest park system. The eight parks encompass 155 acres and has been ranked as one of the top five in the state by the state recreation and park officials.

This is a 29-acre multi-purpose facility, was donated to the county by Patricia Welton Garrett and Judy Welton Feinberg. The donation made sense from a traditional perspective because the property – located in the scenic Petersburg Gap on the banks of the South Branch of the Potomac – has been a playground for local residents for about as long as the valley has been inhabited.  Oldtimers remember when the property was used for “jousting” events. In the days prior to the infamous 1985 flood, the park property was home to a collection of summer camps, cabins and mobile homes, all of which washed away in the disaster.

Welton Park was made possible through $166,000 in grant money. Grant funds were also used to install a popular walking trail, which was inaugurated during a “Walk for Health” event, complete with physical conditioning demonstrations and a commemorative T-shirt giveaway.  The State Department of Natural Resources also provided the park with some financial help, in the form of two boat ramps. System-wide, an estimated 95% of the expenses have been picked up by state and federal agencies.

Despite being one of our newest parks, Welton Park gets the most visitors and is written up in the Triple A travel guide.

Perhaps the park’s greatest claim to fame, however, is its annual Christmas holiday light display, staged annually from the beginning of December through New Year’s. The display started on a small scale for local county residents but has since grown into a mini-Oglebay Park with visitors from other counties in West Virginia as well as other states.

Another Grant County Park is located at its extreme southern boundary next to Pendleton County. Astride Mill Creek, this park includes 55 acres of open water and its surrounding wooded hills. This $7 million federal flood protection project was especially adapted for fishing, complete with a boat ramp, fishing pier for the handicapped and picnicking facilities. Girdling the lake is a mile-long walking trail. The county has upgraded the park area with a large picnic pavilion.  Dam Site Seven’s greatest popularity, so far, has been with the fishing community. It is regularly stocked by the DNR with five different types of fish.

At the other end of the time continuum is Day Park, named for the late Claude Day. It was the first park accepted into the county system following the park board’s 1975 creation. The 20-acre facility has a ball field, picnic pavilions, a “beach” volleyball court, a walking trail and playground.

Another 1975 acquisition by the county was Turner Park, a 10-acre facility devoted largely to shooting sports. Donated to the county in memory of the late Evers Turner, the property had previously been used as a gun club. The park was developed by the county with a $27,000 grant. In addition to providing law enforcement officers from seven counties with a place to hold their gun certification classes, the park is also home to the annual West Virginia Muzzleloader Shoot. Turner Park was the first “shooting” park in West Virginia to receive grant funds from the Bureau of Outdoor Recreation, a state and federal program.

In an effort to provide facilities to the county’s mountaintop area, the park board purchased land at Mount Storm in 1976. The Mountaintop Park has picnic shelters, an outdoor basketball court, playground equipment, Little League baseball field and walking field. It also hosts the public library.

The county’s next park was added to the system in 1979, when the City of Petersburg leased its 12-acre Town Park to the county under a five-year lease. Park improvements have been made over the years with help from $40,000 in grants. Until construction of the Welton Memorial Park, this was the county’s most popular facility. The park has three picnic pavilions, playground facilities and the Grant County Little League baseball field.

Another unique park was created in 1978 when the county took over management of Echo Park – Camp Echo, from the 4-H. This 17.5 acre facility is actually two parks. Atop the hill is a playground and picnic facility, down below, along the banks of the river, is a collection of rustic, yet modern, cabins, dining hall and restrooms. Added to the camp has been a horse ring and large pavilion, along with a caretaker’s residence. When not in use by 4-H, the camp is booked from April until October for church meetings and family reunions. There are approximately 300-325 reservations made each year utilizing 32 pavilions at various parks.